Fighting the Flu with Market Research 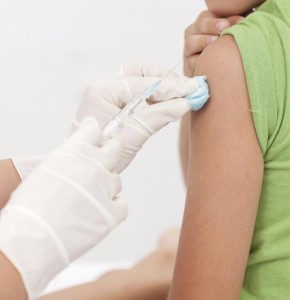 Just as soon as the temperature and leaves begin to drop in autumn, the sniffling and sneezing begins.  While sometimes it’s just a common cold, other times it’s the more serious influenza virus.  Nobody wants the flu, and one of the best ways to keep from getting it is through a flu vaccine.  This most often comes in the form of a shot.

The flu shot prepares your body’s immune system to fight the respiratory virus prior to entering the peak months of January and February. The flu virus spreads person to person by entering the mouth or nose through coughing, sneezing or talking. The flu can also infect people that touch a surface with traces of the flu virus.

Annually more than 200,000 Americans are hospitalized during the flu season and 23,600 Americans die from the flu. A new flu shot is developed every year to protect us from new strains of the flu virus.

Benefits of the flu shot

Research has shown that the benefits of getting the flu shot outweigh the negative effects.  Among these benefits are:

-It is the best healthcare option to prevent the flu.
-It can reduce flu symptom severity.
-The flu shot strengthens the immune system to help people become more active. For example, an increase in exercise can ward off the flu.

Qualitative research and the flu

Perceptions matter as to whether people decide to get the flu shot or not.  People have opinions on just about everything, and the flu vaccine is no different.  Elders, for example, have said in focus groups that they have the following reasons for getting flu shots:

-Doctors encouraged them to get the flu shot to prevent health complications like heart disease.
-It increases resistance to having bad colds or flu symptoms.
-They have had a personal experience with the severity of the flu.
-They work at a job that puts them at a higher risk of getting the flu.
-They are getting older.
-Hearing word of mouth that it’s wise to get the flu shot.

Learn more about the research facility Observation Baltimore: call us at410-332-0400 or click here! If you’d like to participate in one of our focus groups, sign up at https://observationbaltimore.com/get-paid-baltimore-maryland-get-paid-cash-opinion-baltimore-md/.