The Emmy Awards from a Qualitative Market Research Perspective 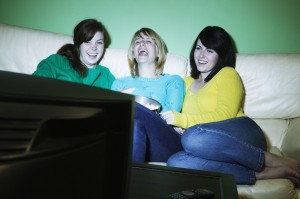 Neil Patrick Harris of “How I Met Your Mother” hosted the 3-hour primetime Emmys this past Sunday at the Nokia Theater in Los Angeles.  It marked the 65th year of the award show.

The Emmys are dedicated to celebrating excellence for national primetime programming such as “Veep” and “House of Cards.”  As much of a party as it is an award show, the Emmys are entertaining for viewers and attendees alike.

How does market research impact the Emmys?

Something you don’t see at the Emmys is the extensive research that goes into each of these television shows.  When a show or actor wins an award, you don’t think about all the research that was done to make it possible for the show to succeed.

From casting the actors and actresses to finding a pilot episode that tests well, market research plays a pivotal role in television.  Studio executives don’t want to invest millions of dollars into a show that they are unsure of.  Market research gives these executives an extra tool to ensure a show is not a flop.

Next time you see a great show, just remember both qualitative and quantitative research played a large part in its creation.

What were the highlights of the night?

One was Claire Danes of “Homeland” winning Outstanding Lead Actress in a Drama Series for her role as Carrie Mathison.

Another great speech came from Merritt Wever, who won Best Supporting Actress for her role as Zoey Barkow in Showtime’s “Nurse Jackie.”  She kept it short and to the point with her award speech by humorously saying, “I gotta go, bye.”

“Veep” and “House of Cards” were also winners, which is especially exciting since both are filmed in Maryland.  Julia Louis-Dreyfus, who won Best Actress in a Comedy for her portrayal of Selina Meyer in “Veep”, referenced her “wonderful crew in Baltimore” during her acceptance speech.

You can see the full list of Emmys Award Categories, Emmys Nominees and winners on the official Emmys website.

Looking at the numbers

At home, Emmy viewers stayed glued to the TV to capture a glimpse of their favorite stars in unscripted moments and witness an Emmys record set by women for being 5 out of 10 nominees for Best Television Directing. This included Tina Fey and Tracey Wigfield dominating the awards for Best Comedy Writing and Directing, a first for women in Emmy history.

All in all, the Emmys award ceremony ended on a good note with ratings up from not only last year, but also the past eight years.

An average of 17.6 million viewers (between the ages 18-49) tuned in to the 2013 Emmy Awards. Many viewers used social media to publicly share their reactions about award winners and red carpet fashion.

Learn more about the research facility Observation Baltimore: call us at410-332-0400 or click here! If you’d like to participate in one of our focus groups, please sign up at https://observationbaltimore.com/get-paid-baltimore-maryland-get-paid-cash-opinion-baltimore-md/.