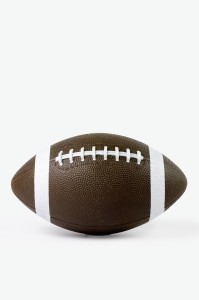 Football is back and the defending Super Bowl champion Baltimore Ravens are hungry for a third Super Bowl ring. After a tough loss to the Denver Broncos last week, the Ravens won their home opener at M&T Bank Stadium this past Sunday against the Cleveland Browns. The Ravens defeated the Cleveland Browns 14-6, bringing their record to 1-1 on the year.  They are tied for first place in the AFC North with the Cincinnati Bengals.

Flacco is known for dominating the Browns and was able to continue this trend.  For his career, Flacco has thrown for 2,037 yards and 12 touchdowns against the Browns.  Joe’s perfect record against Cleveland puts him in elite company with the likes of John Elway.  Both are tied for a record 10 undefeated starts against a single opponent.

While Flacco didn’t have his best game against the Browns, it was certainly enough to win.  Part of the victory can be attributed to a stout Baltimore defense, which held the opposition to only two field goals.  Standout lineback Terrell Suggs and defensive tackle Chris Canty played a large part in the impressive defensive effort.

Of note is that Flacco’s second son was born 90 minutes before kick-off.  Even with this monumental moment in his life, Flacco was ready to go for the start of the game.

Baltimore Ravens Coach John Harbaugh has led the team to win all 11 games against the Cleveland browns since 2008.

Observation Baltimore wants to congratulate the Ravens on winning their home opener and wish them luck in defending their Super Bowl title this year!

Learn more about the research facility Observation Baltimore: call us at410-332-0400 or click here! If you’d like to participate in one of our focus groups, please sign up at https://observationbaltimore.com/get-paid-baltimore-maryland-get-paid-cash-opinion-baltimore-md/.

Categories: All About Baltimore and Uncategorized | Tags: Baltimore Ravens Home Opener, Cleveland Browns, Flacco, Football, Observation Baltimore, and Ravens
This entry was posted on Thursday, September 19th, 2013 at 5:42 pm. Both comments and pings are currently closed.