The Ravens and their Impact on Baltimore, Maryland

The late Art Modell moved the Cleveland Browns to Baltimore in 1996, at which time the team was renamed the Ravens, and the city has never been the same. Not only have the Ravens been a strong boost to the morale of Baltimore, but the football team has also given a boost to the local economy and community. 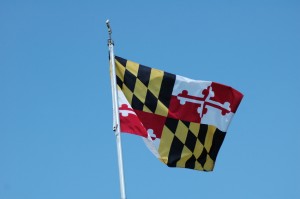 “The Ravens’ organization itself is a significant economic engine, with well over 100 employees and millions of dollars in payroll that generate income tax and other revenues for local governments and for the State,” said Dr. Anirban Basu of CABER.

“As a business, the Ravens deliver a tremendous impact to the city and state,” added Alison Asti, Executive Director of the Stadium Authority.

More than that though, the sheer existence of the Baltimore Ravens is a boost to local areas shops, restaurants, hotels, and much more. In fact, Basu estimates that visiting fans alone generate “about $20 million to $25 million in economic impact” by traveling to Baltimore for a weekend to watch their team take on the Ravens. Now just imagine the economic impact that Ravens fans have on the city.

And football is just the beginning.

“The Ravens have opened up a myriad of avenues to help generate economic activity in Maryland,” said Dr. Basu. “Not only is each Ravens’ home game a blockbuster event, but M&T Bank Stadium is now being increasingly utilized to host concerts, major collegiate football games, NCAA lacrosse tournaments and other events, each of which generates significant economic impact and marketing for Baltimore and Maryland.”

The Baltimore Ravens have become just as much of a part of Baltimore as the blue crab!

To learn more, please contact Barbara Gassaway and the market research specialists at Observation Baltimore today by calling 410-332-0400 or click here! And if you are interested in participating in a future focus group, sign up at www.observationbaltimore/getpaid.