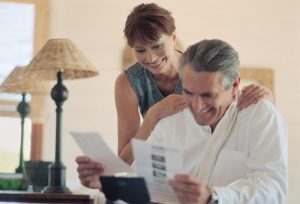 Recently, Observation Baltimore surveyed a group of 162 men  between the ages of forty-one (41) and sixty-five (65). The survey respondents reported a wide range of  household incomes between less than $20,000 per year and more than $200,000 per year, with the majority reporting earnings  between $100,000 and $149,000. Nearly eighty percent (80%) attended college, with twenty-five percent (25%) earning a 4-year college degree and twenty-three percent (23%) obtaining a postgraduate degree. Sixty-five percent (65%) are married or in a domestic partnership. Our primary sample represents an average slice of middle-aged, upper-middle class, educated, married Baltimore males, a prime group for market research.

While a vast majority stated they own a home (76%), own a vehicle (84%), or own a second home/vacation home (13%), the most alarming finding in our survey was the forty-five percent (45%) who feel they are not adequately saving for retirement despite reporting above median household incomes.

As our survey respondents consider their financial future, we also wanted to gather some insights into their hobbies and leisure activities.  Inexpensive options such as camping, hiking and fishing were some of the more popular selections with a thirty-five percent (35%) or higher participation rate.  The most popular option among all respondents with a forty-six percent (46%) participation rate was recreational sports. While most reported the preference of more active activities, one particular leisure activity of note that has not escaped adulthood is video gaming. Twenty-six percent (26%) of our respondents considered themselves active video gamers.  Looking at the data presented, there is a clear sign that this demographic is not struggling financially, but there is definitely an opportunity here for companies who specialize in financial planning.

We asked our target audience about several polarizing consumer choices, which mostly resulted in an even split in answers. When asked the age-old question “boxers or briefs?”, boxers made a marginal win, with fifty-five percent (55%) favorability. The question of  Domestic beer or imported beer showed forty-three percent (43%) in favor of domestic beer, with forty-one percent (41%) in favor of imported beer, and sixteen percent (16%) voting for “other” (not everyone is a beer drinker!). Finally, the rivalry between Coke and Pepsi has been settled by Baltimore men: Coke won with forty-seven percent (47%), while forty-two percent (42%) chose Pepsi and eleven percent (11%) chose “other”.

If there is one thing Baltimore men can agree upon, it is sports. When asked “college sports or pro sports”, the overwhelming answer was “pro sports”, with sixty-seven percent (67%) voting for pro sports and only twenty-seven percent (27%) voting for college sports. Baltimore men may have some differences when choosing what to drink, but they still prefer to share their beverage of choice while watching professional sporting events!

At Observation Baltimore, we understand that the success of your research is directly tied to the quality of your participants. Our experienced recruiting is the foundation of our mission, as well as courteous and proactive hospitality and client services. Just six minutes from BWI airport and AMTRAK, our Baltimore research facility has a great location. Most importantly, we understand market research!

Categories: Baltimore Market Research and Uncategorized | Tags: Baltimore men, middle-aged men, spending habits, and upper-middle class
This entry was posted on Wednesday, May 3rd, 2017 at 2:18 pm. Both comments and pings are currently closed.