How to Conduct a Mock Jury 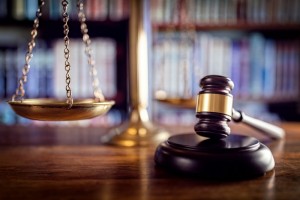 A mock jury helps lawyers fine tune their arguments for important trials by gauging the reaction of the mock jurors.

Lawyers can spend months preparing for a big trial. After completing research and putting together arguments, lawyers often use a mock jury to get a feel for the potential outcome of the trial. By testing their arguments with a mock jury, also known as a mock trial, lawyers can change or fine tune these arguments as needed based on the juries’ response. This allows them to be better prepared for the actual trial and more likely to receive a judgment or verdict in their favor. Mock trials are often used in preparation for high-profile criminal cases and civil cases with substantial amounts of money at stake.

How a Mock Jury Works

Conducting a mock trial involves assembling a group of respondents at a research facility and assigning them as jurors. There may be several different juries in one mock trial situation, which allows for a wider sample size and more data to analyze. The juries are briefed about the case they will see, and then hear witness’ testimonies and lawyers’ statements.  In addition, these mock juries also view documents and evidence pertinent to the case. While they’re doing so, moderators and clients view the proceedings and analyze the juries’ behavior. Juries often fill out questionnaires during the proceedings to gauge their reactions.

Once the final statements have been made, juries deliberate on the verdict, which is also observed by the moderator and the research client. After the verdict is reached, the moderator conducts in-depth-interviews (IDIs) or focus groups with jurors to get a better understanding of their thoughts and decision making process during the case.

Lawyers can use the information gathered in a mock trial in numerous ways to refine their approach to a case and predict a case’s outcome. They can use the data to inform their future selection of jurors, determine the strength of their arguments and evidence presented, and formulate the best case to appeal to jurors. In a civil case, the data can be used to predict how much money might be awarded in the judgment.

At Observation Baltimore, we understand that the success of your research is directly tied to the quality of your participants. Recognized as one of the top Maryland market research facilities and rated “One of the World’s Best” by Impulse Survey, we believe that Experienced Recruiting Makes the Difference. Our experienced recruiting is the foundation of our mission, as well as courteous and proactive hospitality and client services. Just six minutes from BWI airport and AMTRAK, our Baltimore research facility has a great location. Most importantly, we understand market research!

Categories: Uncategorized and Useful Information | Tags: lawyers, mock jury, and mock trial
This entry was posted on Wednesday, November 30th, 2016 at 1:56 pm. Both comments and pings are currently closed.