How Can Focus Groups Connect You with Baltimore Millennials?

If millennials make up one-fourth of the United States population, then why is it so difficult for many market researchers to wrap their heads around them? At 77 million strong across the United States, millennials wield about $1.3 trillion in annual buying power. While many Baby Boomers across America are starting to retire, marketing and branding will have to begin to change in order to make way for this new “Generation Y” to take over. 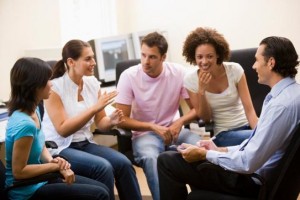 With millennials making up so much of the population and having so much buying power, it’s obvious that businesses need to invest time into figuring out exactly what they are interested in and what they want to buy.

With millennials making up so much of the population and having so much buying power, it’s obvious that businesses need to invest time into figuring out exactly what they are interested in and what they want to buy. According to a study presented by Live Baltimore, the city of Baltimore has many of the characteristics millennials value, including affordability, social community, and walkability. The challenge now, they say, is convincing its current population to stay put: although millennials make up 63 percent of the population moving into Baltimore, they also account for 53 percent of the population moving out. As of a 2010 study, there were 25,000 millennials living within 3 miles of Baltimore’s central business district alone, rising drastically from only 13,000 in the year 2000.

The best way to understand Generation Y is by talking to them, going beyond the decontextualized data that surveying alone provides. Focus groups allow you a chance to really connect with your participants and hear the opinions of real people through a unique environment specially designed to make respondents feel comfortable and open to sharing their opinions and attitudes towards an idea or product.

Generally, what previous studies have found is that having a Gen Y moderator in focus groups involving millennials is key in getting accurate results. It’s always easier for people to identify with those their own age, and though a moderator from the Baby Boomer generation may work well with other types of focus groups, they do have the potential to intimidate a younger crowd. If you’re in the process of testing a new product or you’re looking for feedback on a new idea, consider the population group that is rapidly becoming one of the most influential in the market – millennials.