A Victory for the Baltimore Ravens and Some Super Bowl Statistics

You sported your purple pride and cheered as loudly as you could, whether you were in the Denver football stadium or watching the Ravens play the Broncos from behind a television screen. And it was not without avail: Baltimoreans everywhere are itching with excitement as their beloved NFL team prepares to once again contend with the New England Patriots for a ticket to the Super Bowl. While we wait in anticipation for AFC Championship game, here are a few fun facts and statistics about the Super Bowl: 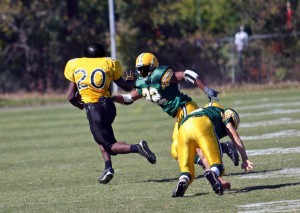 Observation Baltimore will be rooting for the Ravens as they fight for their spot in the Super Bowl – we can’t wait to see how far they go!

For more information about the Research Group Facility Observation Baltimore and the services we offer, please contact Barbara Gassaway and the market research specialists at Observation Baltimore today by calling 410-332-0400 or click here! If you’d like to participate in one of our focus groups, please sign up at https://observationbaltimore.com/get-paid-baltimore-maryland-get-paid-cash-opinion-baltimore-md/.