There was a lot at stake on the field during this year’s Super Bowl, but for advertisers the stakes were highest in family rooms across the country. With 30 second television spots going for about four million dollars each, the investment by companies is enormous. Yet advertisers continue to choose the Super Bowl as the hot spot to promote brands . Why is this you may ask? In an age where so much media consumption is extremely fragmented, the Super Bowl offers the viewership of over 110 million people. With the opportunity for so many impressions, advertisers just can’t say no.

Just as a champion is crowned after the game is over (congratulations Seahawks), so too is there a winner for advertisers.  After polling 443 people in the Baltimore market, we have concluded Budweiser was the winning brand from this year’s Super Bowl.  When asked which commercial was most memorable, over 1/3 of those polled in Baltimore chose Budweiser’s “Best Buds” commercial that featured the friendship of a dog and a horse. To determine the brand winner, we sent out a survey asking viewers to name their most memorable Super Bowl commercial and evaluate how well the ad entertained, engaged, and moved the needle on their perception of that product or brand. Of note is that on a 5-point scale, Budweiser’s “Best Buds” commercial averaged over 4.5 in both engagement and entertainment criteria. Recent studies suggest that high levels and balance of these two criteria will create a persuasive influence in the ad and make consumers more likely to buy the product. If these studies hold true, Budweiser can expect to see a solid return on investment for a job well done.

Other brands that were quoted as memorable included Doritos, Radio Shack, Coca-Cola, and Cheerios. Which ads did you remember? 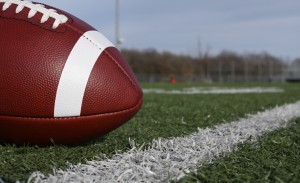 We would like to thank all the people who participated in our poll.  We are happy to announce that Felica S. is the winner of our $25 gift card.  Congratulations!