There’s no doubt that the widespread adoption of social media has changed the way we interact with each other. Perhaps one of the most interesting changes brought on by social media is how it allows us to communicate and interact on an international level. This dynamic was on full display during the 2014 Winter Olympics in Sochi, Russia, which featured plenty of trending hashtags, tweets from athletes, and real time updates that may have spoiled the results of events for viewers in North American time zones.

Tape delay is always an issue for North American viewers when the Olympics are held in far-away time zones such as Sochi, which is 9 hours ahead of Eastern Standard Time. Many live events were broadcast in the middle of the night or early in the morning, and then rebroadcast during prime time for a larger audience. Market research shows 21.4 million Americans tuned in for prime time Olympic coverage, which was an increase of about 1 million from the last time the winter games were held in a far-off time zone (Turin, Italy, 2006), but fell short of ratings for the Vancouver games, which were down 12%. The closing ceremony fared especially badly, down 29 % from Vancouver’s closing ceremony.

The difference in time zones no doubt played a role in the ratings drop, but social media activity and a 24/7 news media culture also played its part, making results accessible instantaneously across the globe. For example, finding out before the broadcast that the U.S. lost a crucial quarterfinal game to Canada in men’s hockey likely dissuaded many viewers from tuning in.

Athletes and fans had plenty of fun on Twitter, with market research showing 2.2 million #Sochi2014 tweets in the first 5 days of the event. Though this was decrease from London (3 million #London2012 in the first 5 days), the Twitter frenzy still caught plenty of attention. Early in the games, U.S. bobsledder Johnny Quinn made a stir after tweeting that he was trapped in a bathroom after the door jammed. Shortly after the incident, he tweeted a picture of the bathroom door which he’d broken down, using the hashtag “SochiJailBreak.” The tweet garnered almost 30,000 retweets as well as the national media spotlight.

Issues such as jammed doors, broken elevators, and malfunctioning plumbing also generated a lot of attention on the Twitter account @SochiProblems, which chronicled problems found in Olympic facilities with tongue fully in cheek, though it surely left a bad taste in some mouths. It just goes to show that social media now has a large presence in the court of public opinion. As research goes, this is a great place to find insights about various topics, especially those as large as the Olympics. 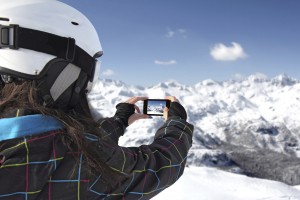 Bummed out the Olypmics are over? We have something to cheer you up. Observation Baltimore pays CASH to individuals who participate in our qualitative studies at our Baltimore research facility. If you want to take part in one of these studies, please:

Categories: Market Research and Uncategorized | Tags: social media research and Winter Olympics
This entry was posted on Wednesday, February 26th, 2014 at 7:07 pm. Both comments and pings are currently closed.