Baltimore might not be the most talked about town on the east coast, but with its recent naming as one of the best waterfront cities in the world, the city is gaining international recognition and coming into its own in a big way. And last week, Baltimore Magazine showed that when Baltimore shows off, it goes big.

Baltimore Magazine‘s Best of Baltimore Party brought the best of Charm City into the spotlight for a night of some of the city’s best food, music, dancing and entertainment. Guests were treated to food from more than 30 of the city’s best restaurants, drinks, live music and entertainment at the venerable Hippodrome Theatre. Observation Baltimore’s President, Barbara Gassaway, was one of the attendees and had a great time. Check out the social media roundup for pictures and videos of this great event that put Baltimore on display for all to see.

The occasion was a celebration of the release of Baltimore Magazine‘s annual Best of Baltimore edition, in which it chronicles the best in food, arts, fun, lifestyle, news, and service in Baltimore. Winners included Best Breakfast (Miss Shirley’s Café), Best Ice Cream (The Charmery), Best New Bar (The Chasseur), and Best Junk Remover (BumbleJunk). The magazine picks their own winners through extensive research, but also provides a readers’ poll for the people’s picks. You can check out the full list of winners and more Best of Baltimore fun here. 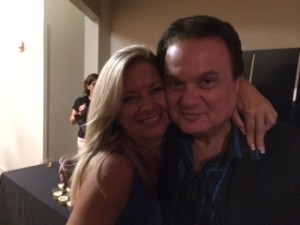 Want some money to test out a few of this year’s winners? Observation Baltimore pays CASH to individuals who participate in our qualitative studies at our Baltimore research facility. If you want to take part in one of these studies, please:

Categories: All About Baltimore and Uncategorized | Tags: Best of Baltimore and Research
This entry was posted on Wednesday, August 20th, 2014 at 6:03 pm. Both comments and pings are currently closed.