The Voice of Baltimore

Many people equate the ushering in of a new year with a “fresh start” or “clean slate.”   This ideal presents a unique opportunity and date in time for individuals to make life changes and resolutions for the year to come.

Observation Baltimore surveyed 502 Baltimore Metropolitan Area (BMA) residents in order to gain insight into New Year’s resolution trends, motivators and success rates.  A little less than half, (47%), of respondents reported typically making a New Year’s resolution.  (80%) of those who make a resolution indentify bettering themselves and improving quality of life as their number one motivator for resolving to make a change in the new year.  (16%) say they create a resolution simply because they enjoy the challenge of seeing it through. 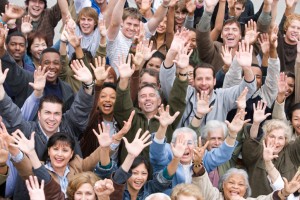 Baltimore residents have all kinds of resolutions for this year.

Respondents were asked what ONE change in their life would most drastically improve their quality of living.  The changes selected most often by respondents included; (43%) indicated less financial worry, (18%) improved physical health, (10%) less daily stress, and (10%) improved spiritual/mental health.  It makes sense that the most impactful changes selected by respondents correlate with the type of resolution they chose to make.  Health, money, career, and relationship related resolutions were most popular among survey respondents.

But for all the good intentions, only a small fraction of us keep our resolutions; University of Scranton research suggests that just (8%) of people achieve their New Year’s goals.  Observation Baltimore found that (65%) of BMA residents indicate they keep their resolution for 6 months or less and only (25%) say they follow through until their goal is accomplished.

How to make successful resolutions

Respondents were asked to weigh in on what they think makes a good resolution and the best way to make it a success.  Below is a list of tips compiled from participant responses.

Categories: All About Baltimore and Uncategorized | Tags: 2016, Baltimore, and survey
This entry was posted on Wednesday, January 6th, 2016 at 2:32 pm. Both comments and pings are currently closed.